THE HISTORY OF THE HOTEL

Premium Club Hotel Roche Royalhas appeared in the first decade of the XXI century. The fast-paced growth of the Ukrainian hospitality made a huge opportunity for the development of a new style and innovation.  The erection of “ KorolevskayaSkala”  in the heart of  the town  was a challenge thereat.

Originally, theproject erection is meant to be a largesalle.  So far as necessary,the project has increased to the extent of 4-star hotel with 6 floors!  By joint efforts of German and Turkish architects the idea to create a “new world” in the small town became a reality.Two restaurants with theconference halls, 28 rooms, agambling hall, SPA, a fitness center, a summer swimming pool and park area have appeared.

Despite the fact that the construction was carried out under time, standards, technology and the materials were the subject to a strict verification and chosenprecisely.

The investors were generous with the furniture in Mercedes-Benz style and an interior decoration, which were elaborately decorated by the foreign designers.

Here you can enjoy an overwhelming comfort, attentive staff and unique European architecture. 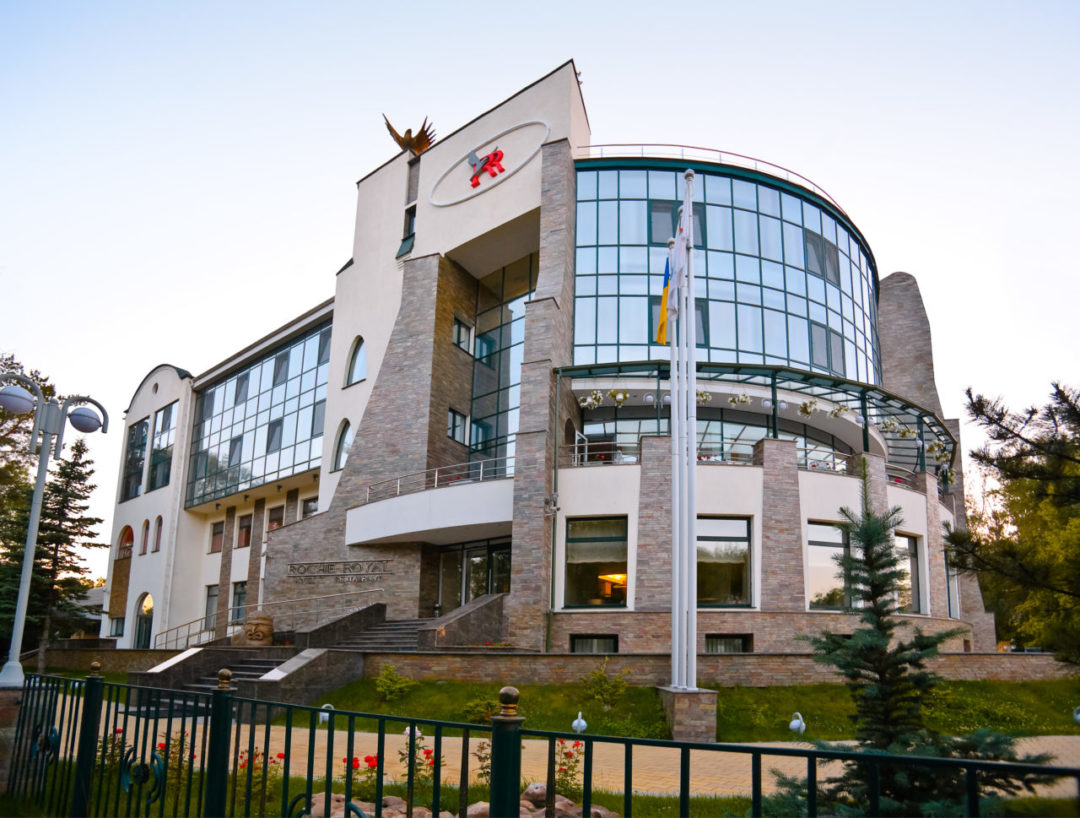 Roche Royal is located in the heart of peaceful town where a unique panorama of Svyatohirsk can be observed.

Indisputably, Roche Royal is a sightseeing of Svyatohirsk.

Originality of the hotel is in its exceptional softstylishness and exquisiterange of colors, playful and imaginative interior, bold decisions of bathrooms design and home comfort, simplicity and modernity and, of course, a young and go ahead team, who isin love with its work, strikes the right tone to the concerted efforts.

It’s all creates exhilarating and strong ambience for charm and delight, relax and time-sharing in Roche Royal.

Modern Premium Club Hotel Roche Royal is famous for its perfect service. We feel free to boast of thewell-known and grateful guests.